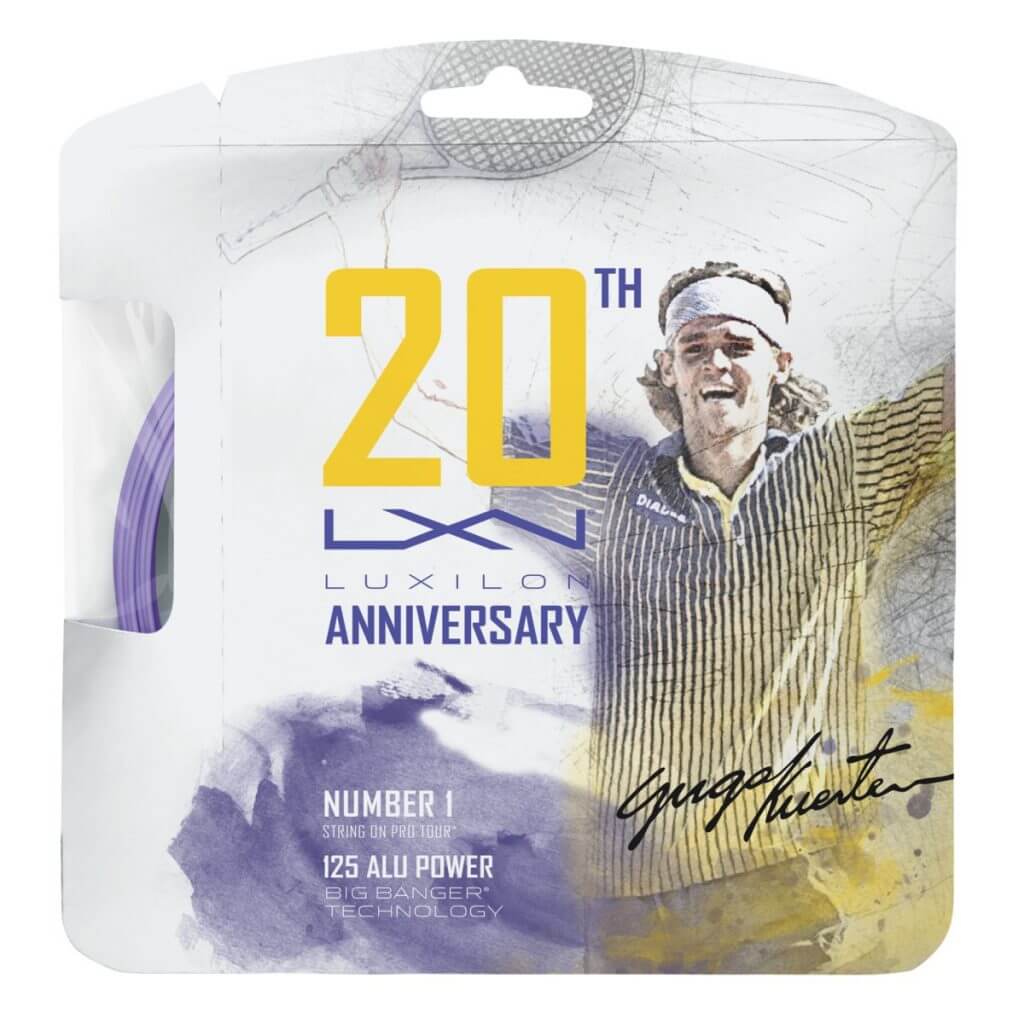 When Gustavo Kuerten lifted the trophy after winning in Paris 20 years ago, a new era of tennis was ushered in. Since this iconic moment over 50% of Men's Grand Slam Winners have one thing in common, Luxilon. Unmatched in power and spin, Luxilon is overwhelmingly the string choice of Champions. Celebrate Guga's victory and Kick off of the Luxilon era with this limited edition string.